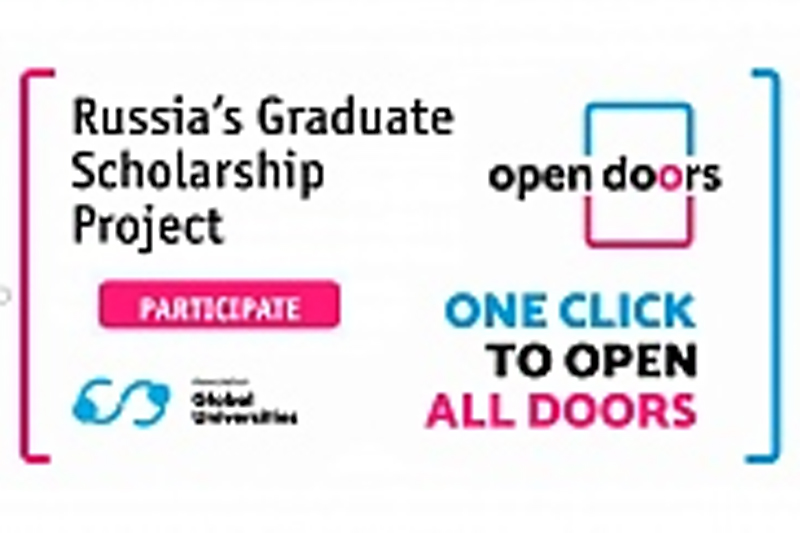 A call for entries for Master’s students from all over the world has been announced to participate in the intellectual competition “Open Doors: Russian Scholarship Project”. Contestants will compete for an opportunity to get free tuition at one of Russia’s leading universities. They can choose from four subject areas: Physics, Mathematics, Computer Science and Economics. The contest is supported by the Ministry of Education and Science of the Russian Federation and is organized by the “Global Universities” Association.

The competition is open to citizens of all countries other than Russia, stateless citizens, and Russian citizens who are permanent residents of other countries. They are required to have a Bachelor’s degree or at least be receiving it in 2018.

Contestants can choose from four subject areas: Physics, Mathematics, Computer Science and Economics, which each area including several fields of study. Peter the Great St. Petersburg Polytechnic University is the co-organizer for Mathematics and Physics in 2018. Please, note that it is allowed to apply for more than one field of study. Winners will have an opportunity to choose from a range of programs taught either in Russian or in English. If your Russian needs improvement you may apply for a preparatory year. A place in the Master’s program will still be reserved for an applicant, so the winner will have two years of free tuition in the program of the choice.

Stages of the Competition

The competition is composed of two stages.

The qualifying stage is portfolio contest will last from December 1st till December 30th, 2017. You may sign up for qualification starting November 20th and upload your portfolios starting December 1st.

The second stage is final and represents an online-testing. The stage begins on January 22nd, 2018 and will be over on February 5th, 2018. Participation in this stage is open to winners of the qualification stage.

The list of winners will be published at www.globaluni.ru on February 20th, 2018.