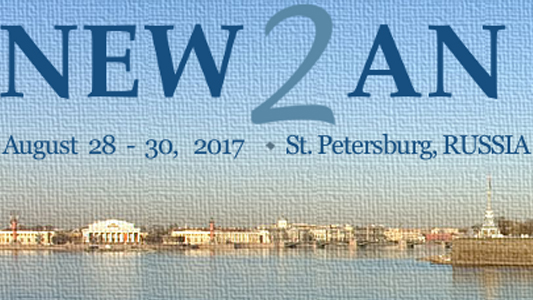 Next-generation mobile networks will evolve out of existing wired and wireless networks of different nature by means of convergence, fusion and mutual penetration; next-generation multimedia services in turn pose new requirements and challenges on treatment of traffic within communication systems – a certain degree of multilayer co-operation has to be achieved. This forms a framework on harmonization of results obtained separately in different areas of network research like network performance evaluation, architecture and protocol design, and low layer network design. The conference goal is in the identification, investigation and integration of new algorithms, approaches, architectures, methods and mechanisms to enable proper and efficient operation of a next-generation IP-based wireless network. Therefore, wireless networks and their interaction with wired networks shall be widely examined and addressed throughout the conference. The proceedings will be published in LNCS, Springer (confirmed) and indexed by relevant databases.

The history of NEW2AN dates back to 1993, today it is an established conference featured by proceedings published by Springer LNCS and distinguished keynote speakers. In 2008 NEW2AN promoted newly organized event on Internet of Things and Smart Spaces ruSMART ("are you SMART"). In NEW2AN and ruSMART will be organized again jointly thus allowing boosting of cross-discipline interactions.

The NEW2AN 2017 will be held in St. Petersburg, Russia - the meeting point of East and West. Through its stunning architecture and wonderful art galleries and museums, among a number of other attractions, the wealth of history of East and West can be seen and felt in this beautiful city.

NEW2AN is supported by the Government of St. Petersburg and regarded as very important part of scientific life of Russia.

Topics of interest include, but are not limited to:

• Implementation of testbeds and prototypes

• Context and location-awareness in pervasive systems

• Self-adaptation on the service layer

• Nanomaterials for applications in communications

• Protocols and architectures for nano communications